The Warrior Behind Polka Dot Mama 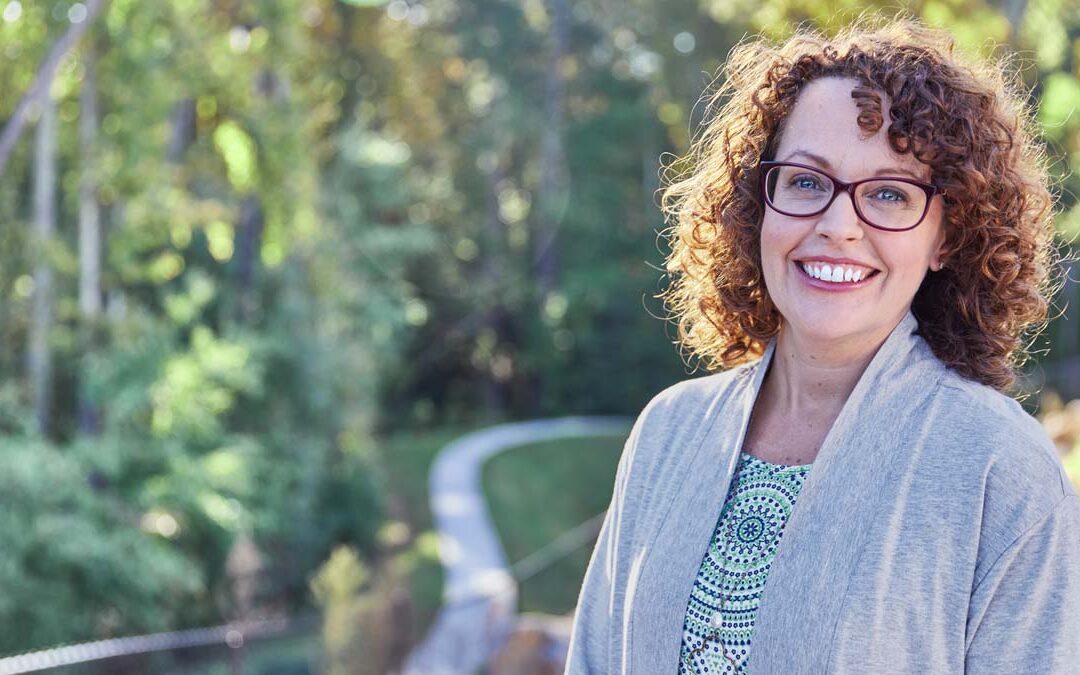 At the age of 38, Tracy Callahan received a phone call that would change her life. It was her dermatologist calling with good news. She had melanoma, but they caught it early. Her obvious first question, ‘How is this good news?’.  As a nurse, and a mother of two young boys, Tracy’s life as she knew it had changed.

Over the next three years, Tracy would receive that same phone call another three times. It never got easier, but she eventually came to realize that ‘catching it early’ was indeed good news. When caught early, the survival rate for melanoma is 92%*. She is reminded daily that she continues to be one of the lucky ones.

After Tracy received her third diagnosis, she decided to do something. Inspired by the name ‘Polka Dot Mama’, given to her by her two boys after numerous wide excision surgeries and biopsies, Tracy started a blog and began to network with survivors and skin cancer organizations across the country.

“The more educated I became, the more I wanted to educate others. Unlike so many other cancers, scientists have actually figured out the secret to avoiding most types of melanomas—protect yourself from the sun and avoid tanning beds. But as simple as it sounds, I discovered that people have so many misconceptions about melanoma.”

A few months later, Tracy’s simple blog quickly morphed into an idea for a non-profit organization that could fund research, raise awareness and promote the early detection of melanoma. In September of 2015, she officially founded the Polka Dot Mama Melanoma Foundation, a federally granted 501(C)(3) non-profit, and appointed a board of directors.

In its inaugural year, with the help of many incredible supporters and volunteers, the organization was able to fund-raise over $70,000. More than half of that money was donated specifically towards melanoma research. In 2018, the foundation increased that amount and raised over $500,000. It began focusing on education and awareness efforts with projects like the Shade Shuttle and free skin cancer screenings.

In 2019, Polka Dot Mama set a new Guinness Book of World Record for the most skin cancer screenings—32 dermatologists and over 150 volunteers worked together to screen 963 patients over the course of 7 hours! The team of volunteers reached people of all ages, races and socioeconomic status. They even had a dedicated team for Spanish speaking patients. In the last two years, Polka Dot Mama has helped screen over 1,500 patients and identified some form of skin cancer in about 15-20% of those patients. Although this statistic is scary, it has reinforced the need to keep providing as many free skin screenings as possible.

“You never want to identify melanoma in the patients you see; but knowing that our efforts are saving lives is what keeps me motivated”.

For those who have connected with the amazing team at the Polka Dot Mama Melanoma Foundation, they know that their community is at the heart of what they do. They take pride in being a grassroots organization with a national reach—including an appearance on the Today Show with Al Roker! The organization is passionate about coming together for one common goal—the prevention and detection of melanoma. And Tracy and her story are at the center of this. Everything Tracy has experienced helps her live each day with a grateful heart. She often says, “If I can make a difference in someone’s life by sharing my journey, then these scars will be given purpose”.

To learn more about Tracy Callahan and Polka Dot Mama, please visit www.polkadotmama.org. You can also register for the 6th annual Taste For a Cure Gala at www.tasteforacuregala.com. Coolibar will be there!