This is Brave: Dee Conway 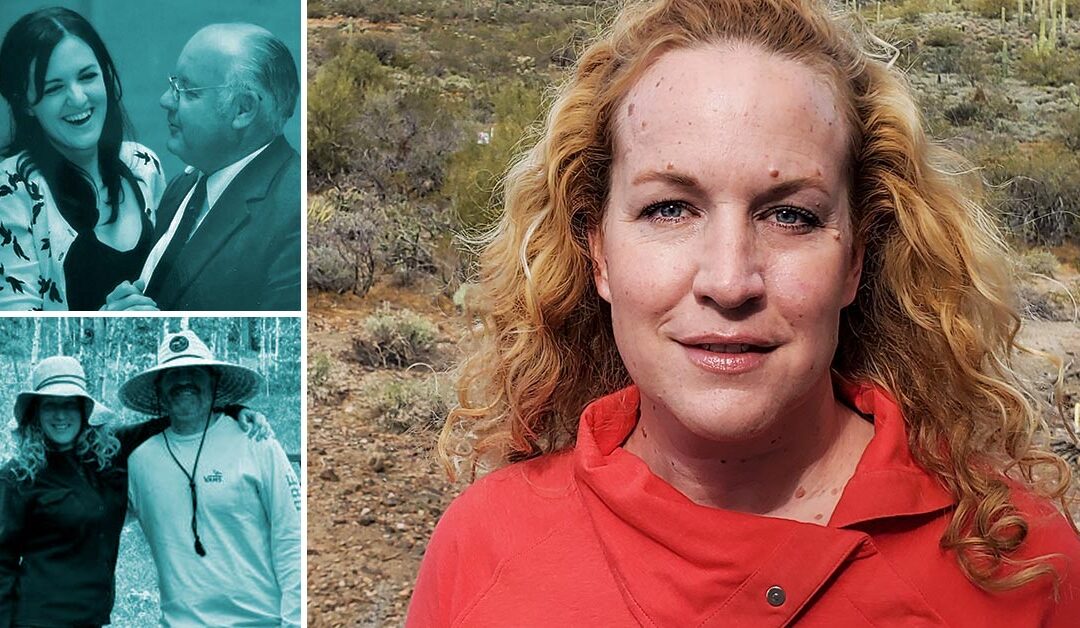 Growing up in Phoenix, Arizona, my family spent most of our days in the water. The sun here is always shining brightly (after all it’s known as Valley of the Sun) and summers are long and hot. Swimming has always been a wonderful way to get out of the house and cool off. When I was young, my family would escape the city heat by going on camping trips or hiking the cool forests in Northern Arizona. We loved looking for caves and playing in mountain streams. During my teenage years I started driving to the lake with friends. I continued to be carefree and have fun in the sun!

Skin cancer touched my life for the first time in August 2002, when I was 24. My husband and I were expecting our first child and had noticed three moles grow substantially during my pregnancy. Luckily, I decided to pay my first visit to the dermatologist. The moles were benign. Good news! Even better, I started scheduling annual skin checks and giving myself monthly self-exams.

Since that initial check, I’ve had more moles removed than I can count. My dermatologist had started calling me ‘Holy Moley’ thanks to all my biopsy’s. At 29, a mole was removed from my back that came back as a ‘severe dysplastic nevus’ which meant the mole was very close to becoming cancer. At 29 years old, I was close to getting cancer!! I was shocked, but even after this, I still was not protecting my skin enough. I increased my use of sunscreen, but I should have been more diligent.

Fast forward to April 10, 2018, my 34-year-old sister Rose was diagnosed with melanoma. A tan mole that was smaller than a pencil eraser on the back of her neck was catching on her shirts and had started to itch. After further tests, they found melanoma in her lymph nodes and Rose decided to go through with a neck dissection where 40 lymph nodes would be removed for even more testing. 2018 quickly turned into the year we spent at the hospital…

Memorial Day weekend 2018, my vibrant, active husband was experiencing extreme fatigue, unlike anything I had ever seen. He had been recently diagnosed with pneumonia, but the antibiotics weren’t working. The following week, he ended up in the ICU with a 104-degree fever and a mysterious illness that was causing his oxygen levels to drop. Then a little over a week later, June 7, 2018, my husband was put on a ventilator as Rose went in for her neck dissection. Results confirmed she had Stage IIIB, Nodular Melanoma BRAF+.

While Rose recovered from her surgery, my husband’s condition worsened. He needed to be transferred via helicopter to another hospital to be put on Extracorporeal Membrane Oxygenation ECMO. My husband was experiencing complete pulmonary failure. While Rose healed, she spent every day at the hospital with me. She was in the lobby when I arrived every morning. She was a microbiologist, so she researched her condition and assured me that treatments were advancing, and she’d be okay, and helped me focus on my husband and navigate and understand his treatments. After 39 days in the hospital, my husband finally recovered. The mysterious illness was Valley Fever, a fungal infection caused by coccidiosis organisms found in the Southwest of the United States. Shortly thereafter, Rose started immunotherapy (OPDIVO), which she called ‘a living hell’. By August, Rose had pain in her hip to the point where she couldn’t run or exercise. In mid-September, her treatments were on hold due to extremely elevated liver enzymes. By late September, she was admitted to the hospital due to extreme abdomen pain and bloating. It was then that an ultrasound discovered a spot on her liver and a biopsy confirmed more melanoma. Her scans showed widespread disease She had a rare condition known as Hyperprogressive Disease (HPD) which causes the cancer to grow aggressively instead of shrink. My heart was broken and I was in shock. Our last hope was BRAF & MEK inhibitors. Unfortunately, by the time they arrived, Rose was entering liver failure and visible decline. Six months from Rose’s initial melanoma diagnosis, she passed away on October 9, 2018 at the age of 35.

After losing Rose, my family started annual skin checks. An older brother of mine found out three months after she passed that he had melanoma in situ (meaning on the top layer of the skin) and basal cell carcinoma. In 2019, I had two atypical melanocytic proliferations on my face. We were both lucky to have detected these spots early! During my most recent check one of my biopsies came back as squamous cell carcinoma. My first skin cancer diagnosis…DEEP BREATH! We ultimately decided chemo cream would be best to treat the area and I completed the treatment at the end of January 2021.

After everything we went through as a family, Rose has always held a precious place in my heart and life. I’ve managed my grief by honoring Rose by spreading awareness of skin cancer and educating people on the need for protection and prevention. I encourage everyone to…

I do not believe in fearing the sun but being smarter than the sun. This is a preventable cancer, and I don’t want anyone else to experience the pain everyone who loved Rose still feels. Rose was so much more than a young woman who died of melanoma. Everyone that loved her will continue to carry her with us and do our part in sharing her story. My sister and her story save lives.

Leave a Reply to Jamine Santiago 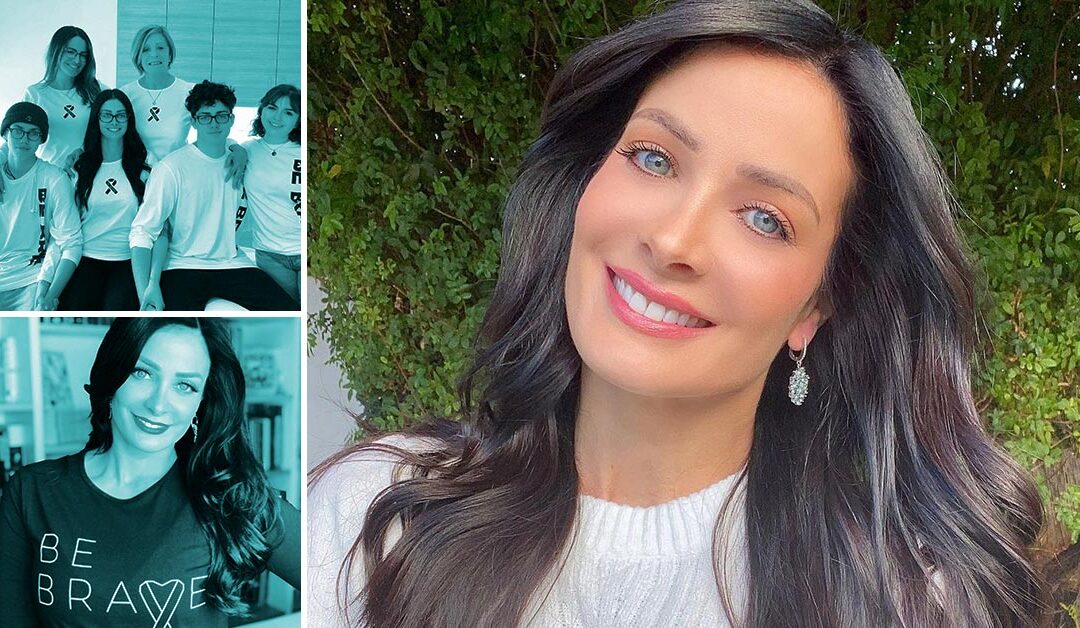 This is Brave: Dayanara Torres 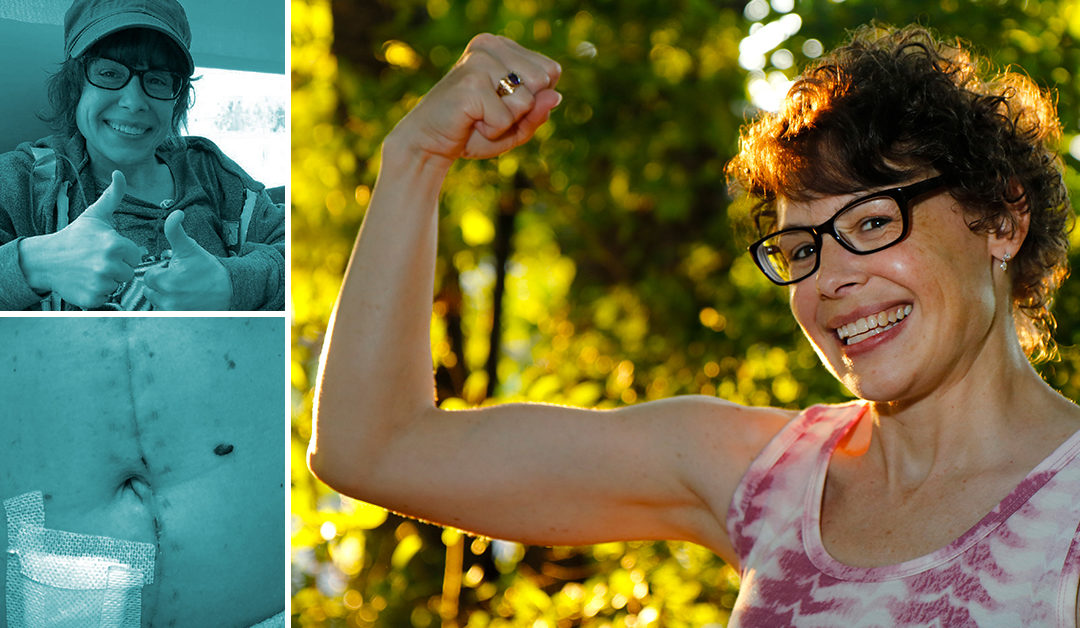 This is Brave: “I’ll Beat This Again” 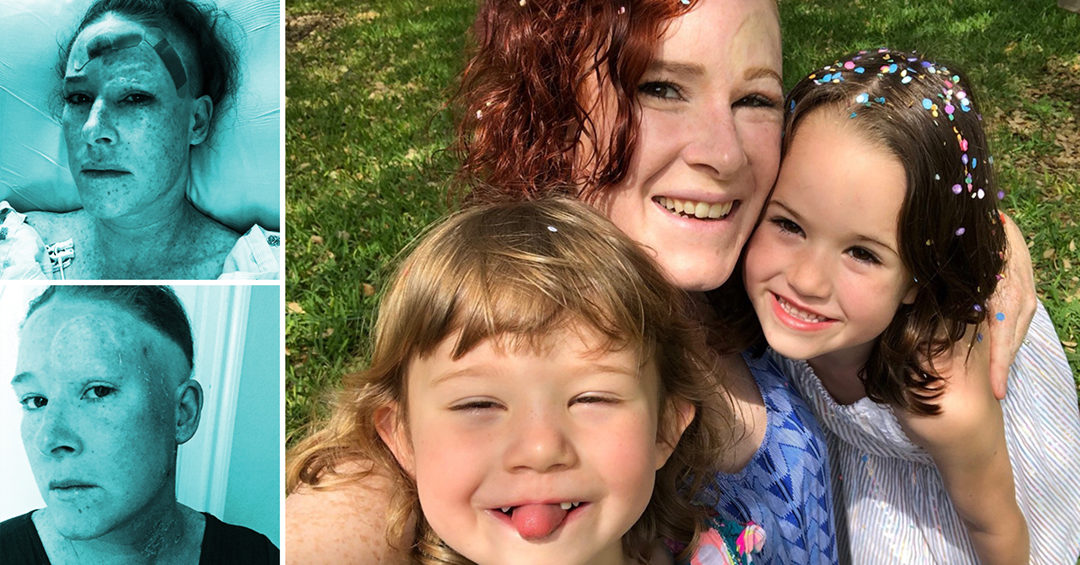 This is Brave: Bethany Shows Us Her True Strength